Great Idea I found at 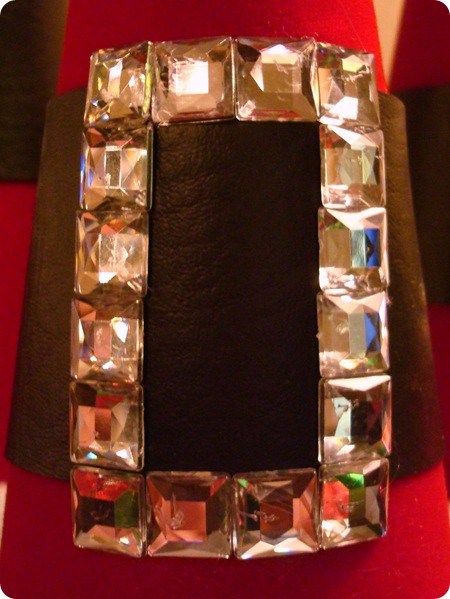 I worked on a craft project today that turned out sooooo caute, I could not resist going ahead with a post tonight. It was snowing all day (not like some of you are getting!), so it was a great day to sit down and craft while the Bub was napping and Hubs was watching a game. Snow makes me feel all Christmasy-like. ;)

I saw some cute Santa hat/suit decor things in Stein Mart a couple months ago and Tweetedabout them, saying I could totally make them for cheaper. Well, I decided to go for it, yes. I. did. I started with three foam cones, in different sizes: 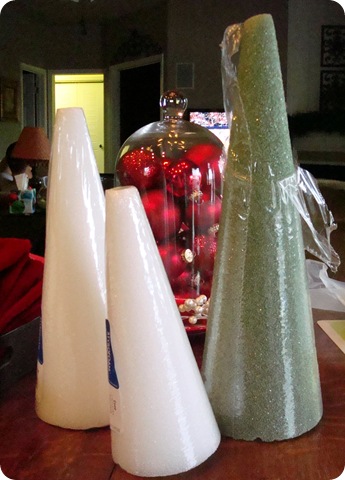 I got them all for about $10. I think I used a coupon on the largest. If you can catch them on sale, you could spend even less!

I found red velvet at Hob Lob for less than $5 – I only got 22 inches (the width is 54”) and didn’t even use all of that. I figured out the size by rolling the cones and then cutting the fabric: 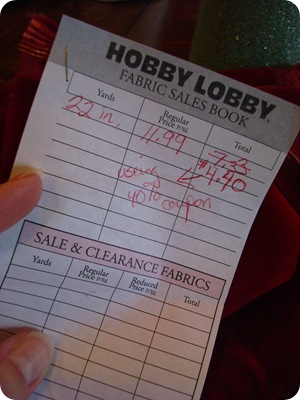 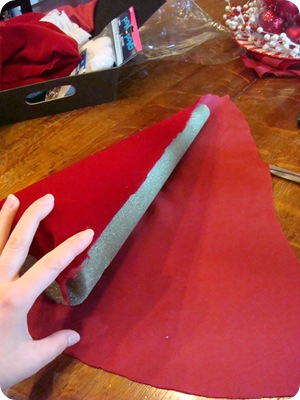 I hot glued the fabric down the back and then on the bottom and top to secure the ends: 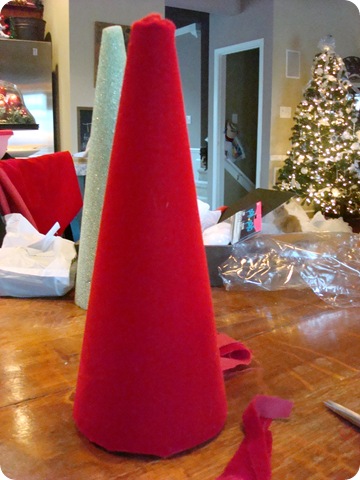 I almost used sparkly red felt, but went with the velvet to the get look I really wanted. Either would be adorable and the felt would be even cheaper!

Then, I got four inches of vinyl (that looks like leather) to make the “belt.” This was less than $2 and I didn’t even need four inches…I only ended up making it 2.5 inches wide: 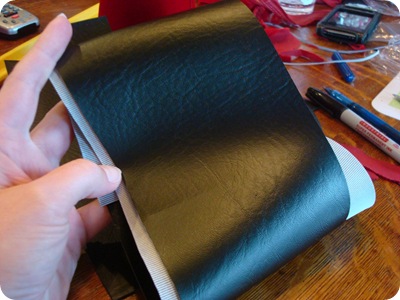 Again, just with some hot glue, I wrapped it around and secured it. Then, the fun part – the fur. I got some fluffy stuff in the ribbon section at Joann’s to use for this: 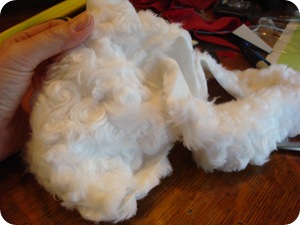 Isn’t it adorable? It looks like Santa’s beard! I’m dying.

For the buckle, I found a package of little square crystals. This package had 52 and I used most of them. I figured out the size and shape I wanted before I hot glued them on: 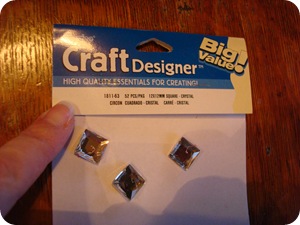 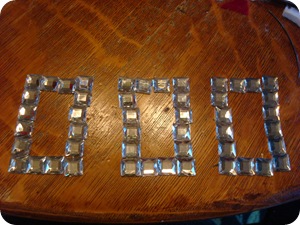 A fluffy puff ball on top, and it was done. And I squealed! I did!: 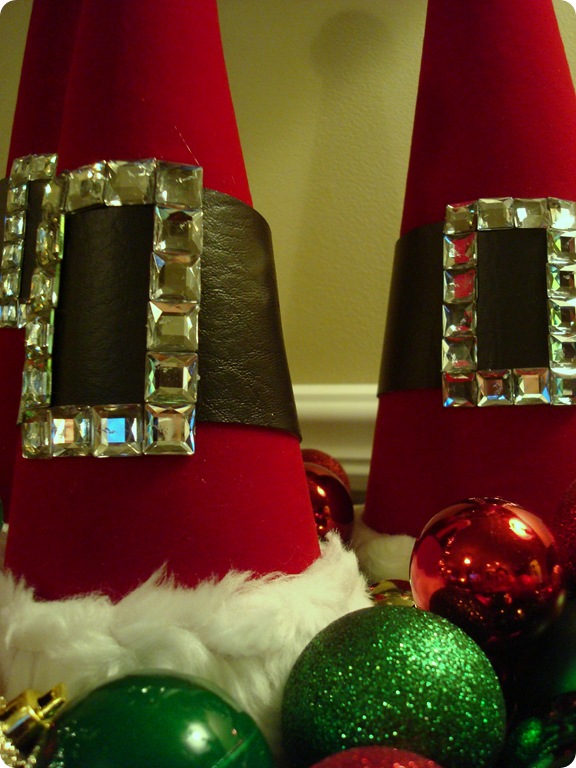 I don’t think I could love these more than I do. Seriously, I’m dying. 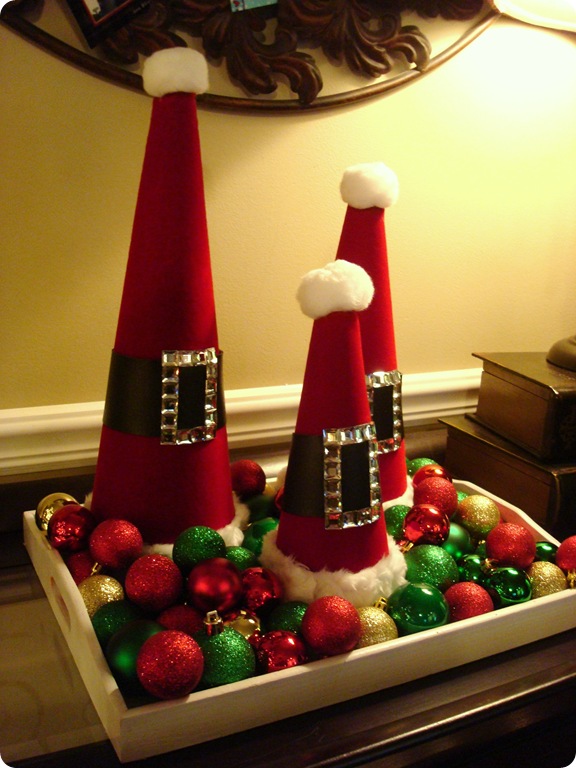 Thank you so much for leaving a comment. I really love to read them all and will respond to any questions as soon as I can. To order, please email, kbcustomdesigns@gmail.com 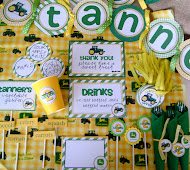 Under the Sea kit 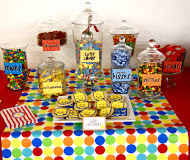 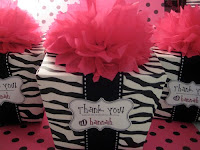 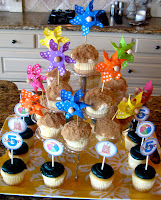 Do you need one of a kind invites?

Kami
I am a Mom to a beautiful, funny, smart 6 year old daughter, Emerson. I have tons of ideas, I love to be creative, and I love a finished product. I was a professional party planner for the last 6 years and had a great time creating custom party kits for any theme. Due to a few bad experiences and my dislike of paypal, I'm no longer doing party kits. My blog still gets a lot of traffic from google and pinterest so I will continue to post parties I do for ideas and other inspirations I find that can help you out. I LOVE PARTIES AND I LOVE TO READ YOUR COMMENTS!